This is from Day 2 of the 12 Days of Christmas Bop: Snow.

When the snow first arrived, in early October, Anya ran to catch the scattered flakes on her tongue. She and her younger sister shrieked as they darted among flakes thick as white butterflies.

They grafted snow angels onto the hillside, delirious with its chill embrace against their hot cheeks. 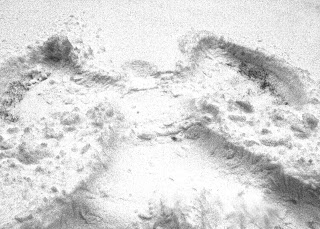 They tramped long white trails into the kitchen, melting by the samovar, to the despair of her mother, “Anya, this is not a barn!”

They snitched bottles of Grandmama’s cherry cordial, pouring them over bowlfuls of snow and eating till their lips were numb and crimson. They skated and sledded and rode the sleigh into town, bells jingling faintly.

The snow was a gift, until it caused the barn roof to collapse. All the animals died of exposure that night. All the stored food, the supplies to last them through the endless winter, were ruined and spoiled. The root cellar remained, but unending turnips paled after a while.

The snow drifts grew higher. Her little sister’s small belly distended painfully. They could no longer leave the house; fuel was scarce and it required too much to warm them again.

Late one night, when the moon was high and the wind stopped its shrill north howl, Anya put on all her sweaters, three pairs of socks and wrapped Grandmother’s shawl around her face. The snow surrounded her like two chill walls, a slender dazzling ribbon to guide her into town.

After a few hours, her legs grew treacherously heavy. Anya burrowed down into the snow. The stars were very bright. She shook her arms and legs to restore circulation. Her sodden limbs moved slower and slower.

When the guardsman found her the next morning, it just looked as if she’d created another angel, with the gift of snow.

Posted by Anna Meade on Dec 27, 2012 in Uncategorized |
Warning: count(): Parameter must be an array or an object that implements Countable in /nfs/c07/h02/mnt/173252/domains/yearningforwonderland.com/html/wp-includes/class-wp-comment-query.php on line 399

This is my entry for the third day of the 12 Days of Christmas Bop: Music. 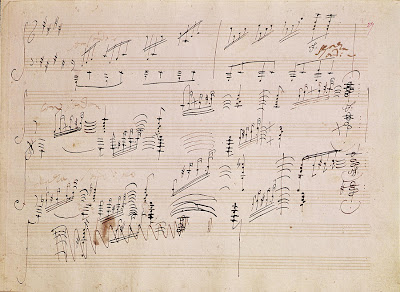 The moonlight spilled over his windowsill.

Age-creased hands tapped rhythmically at a keyless keyboard that sounded only in his mind. Dark clouds fled swiftly across the sky, scattering the light. A storm was coming.

He was not there. He was lost in a summer, 24 years ago. The glow of Giulietta, her fire, her elusive smile. He’d written her a sonata. He could not hear her voice, but he remembered the touch of her hand: the slight pressure and then slipping away, a sylph of light and air.

An octave in the left hand and a triplet in the right, repeated, repeated, as he felt the thrill through his veins again. He played his windowsill piano, feeling the Adagio Sostenuto pour through the tips of his fingers. A brisk wind was kicking up and he felt, rather than heard, the distant thunder.

“Delicatissimamente,” he murmured. Italian always captured Giulietta better than the dissonance of the German.

The rain started then, thick drops spattering the sill. Heedless, he played on.

His face, that rough-hewn clay, held little attraction for such a lovely young Countess, but his playing had always drawn her like a moth to the flame. She would sit beside him on the bench, whispering into his unhearing ears. He would rest his hand atop her small one and guide it through the roll of her sonata.

The blanket tucked around his legs fell away. The thunder cracked its bass and the wind lashed his face with water. He rose, with the intoxicating spiral of the final swell, her only kiss on his lips.

They found him the next morning, crumpled by the open window, a faint smile remaining for the music only he could hear.

Posted by Anna Meade on Dec 27, 2012 in Uncategorized |
Warning: count(): Parameter must be an array or an object that implements Countable in /nfs/c07/h02/mnt/173252/domains/yearningforwonderland.com/html/wp-includes/class-wp-comment-query.php on line 399

Warning: count(): Parameter must be an array or an object that implements Countable in /nfs/c07/h02/mnt/173252/domains/yearningforwonderland.com/html/wp-includes/class-wp-comment-query.php on line 399
11 comments

I promised Bekah Shambrook I would enter her contest, so here it is. Telling a story in 50 words is much harder than you’d think – you ought to try it. 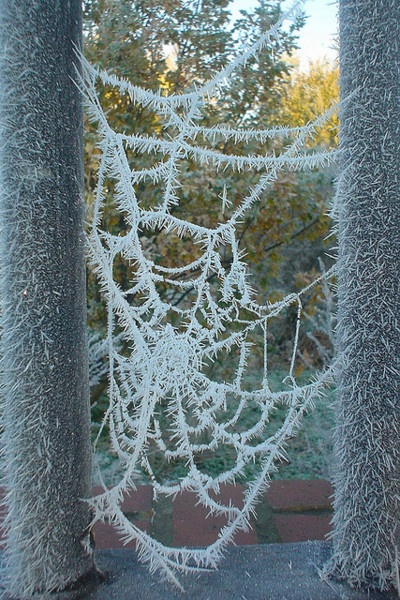 He was not coming.

A distant, watery sun traced the sky, beyond the cobweb beaded with tiny crystals.

She sat, breath puffing in the sharp-spun air. The melt down her face was the only trace of tears.

The Ice Queen sat and waited for a spring that would never come.

Posted by Anna Meade on Dec 26, 2012 in Uncategorized |
Warning: count(): Parameter must be an array or an object that implements Countable in /nfs/c07/h02/mnt/173252/domains/yearningforwonderland.com/html/wp-includes/class-wp-comment-query.php on line 399

Dancing with the Sugar Plum Fairy

I haven’t written much yet about being home yet, though I’ve been here since May.

Posted by Anna Meade on Dec 21, 2012 in Uncategorized |
Warning: count(): Parameter must be an array or an object that implements Countable in /nfs/c07/h02/mnt/173252/domains/yearningforwonderland.com/html/wp-includes/class-wp-comment-query.php on line 399

Till the thin lady sings…

One of my favorite opera singers is the mezzo-soprano Cecilia Bartoli. I discovered her work in college and I used to take naps to her CD, A Portrait, on a daily basis.

I loved her voice, her look, her masses of dark curls, her effortless coloratura whether singing Handel or Mozart. I am a mezzo too and I would sing along, no doubt getting dirty looks from all the people I passed in my car. 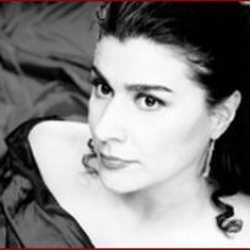 Here is a video of her singing Caro Mio Ben to give you just a taste of her sublimity.

And thus we reach the topic of this post. Opera, one of the few performance arts where you ought to be judged for your recitative and not your waist size, has succumbed to popular pressure.

I was listening to Cecilia’s new album, Sospiri (which means “sighs” in Italian), released in 2010. I squinted at the tiny album cover in the corner of my screen and then blew it up to full size. 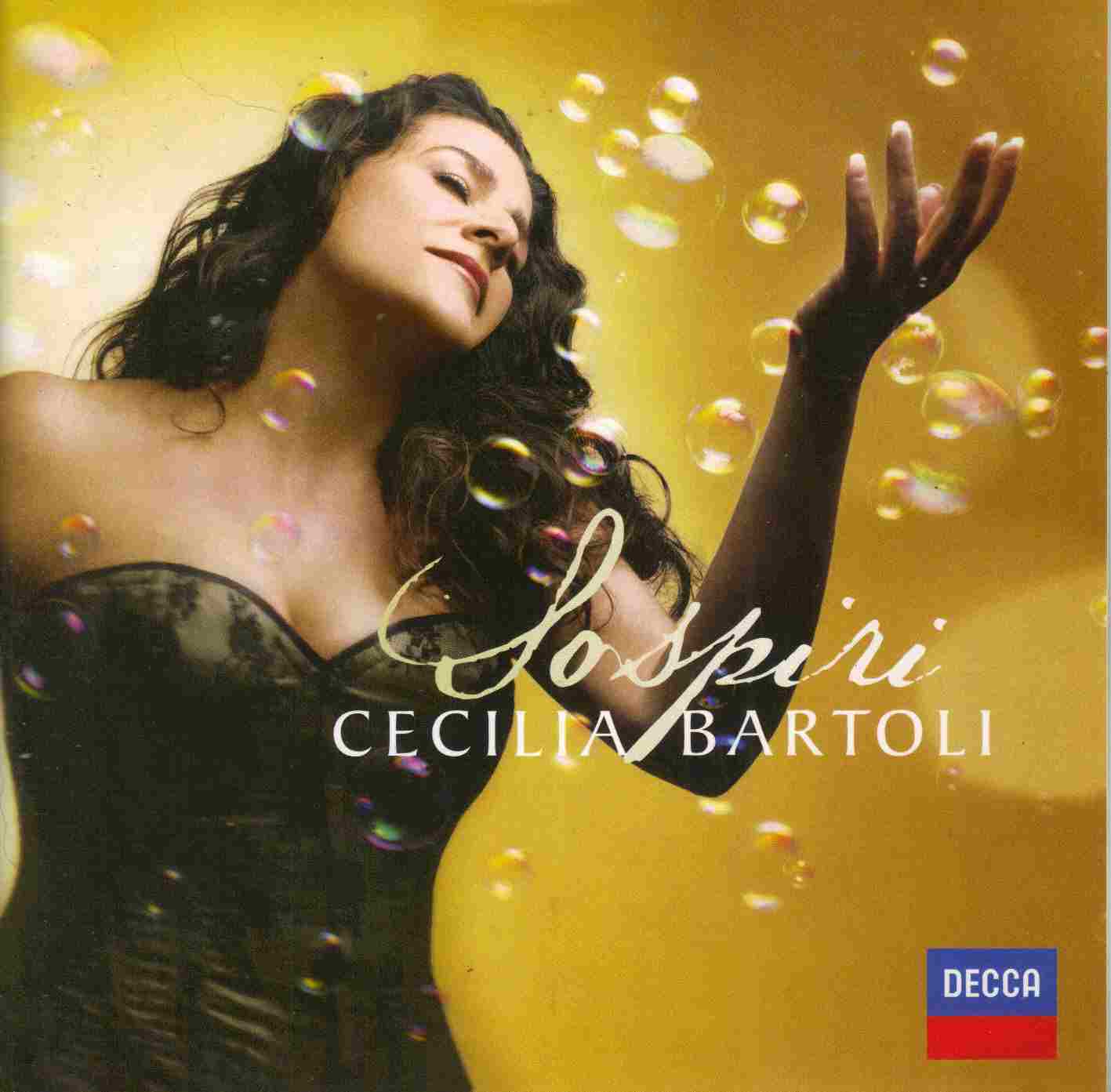 Notice any difference between that picture and this, also taken in 2010? 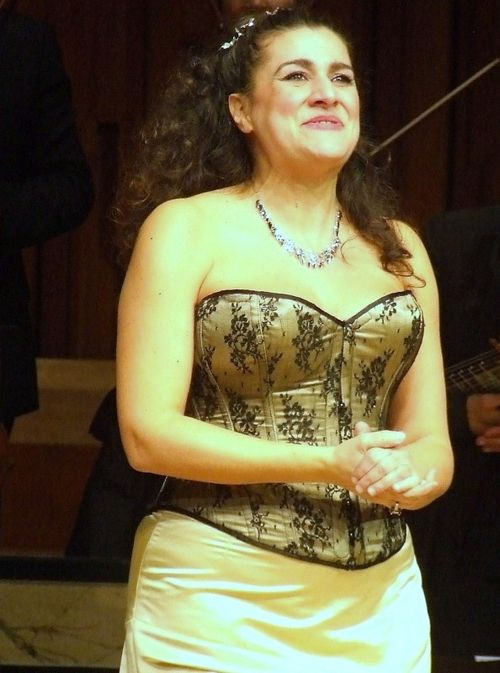 The album cover is heavily Photoshopped, to make her appear thinner. Now this could have been a change Ms. Bartoli herself requested. Who doesn’t want to look as beautiful as possible in their promotional photos?

But it has become so common now it doesn’t even raise any eyebrows or notice. I was sure I was not the only one who saw this, but I searched Google in vain for any reference to the classical community being annoyed at one of their grande dames being visually liposuctioned for the masses.

Never mind that I loved Cecilia as she was (and truly is). Curvy and hippy and womanly and lush. Such photographs do a disservice to her as an artist. Yet, Cecilia Bartoli is currently #7 on  Hottest Female Classical Musicians. Is that for who she really is and how she really looks or how she is portrayed in images for her recordings, which sell quite well? And what does “hot” have to do with opera anyhow?

Weight and opera have always had an uneasy partnership. Beauty does sell tickets. Modern opera requires their leads to be both svelte and vocally acrobatic. More than one diva has been fired due to weight issues. Opera stars must be sexy and apparently that also equals skinny.

When Maria Callas lost all her weight, many people believe she lost the vocal quality that made her so memorable. Renee Fleming, another famous soprano, said of Callas’ transformation: “It’s not the weight loss per se… But if one uses the weight for support, and then it’s suddenly gone and one doesn’t develop another musculature for support, it can be very hard on the voice. And you can’t estimate the toll that emotional turmoil will take as well.”

Conversely, many believe that Callas didn’t become the mega-star that she was -until- she lost all the weight, even though her voice changed.

I am more sensitive to this because opera is one of the few places you can still find curvy and buxom beauties. They open their mouth and the heavens open.

Let it be about the music, not the number on the scale.

If you had a voice of fire, would you trade it for beauty?

Posted by Anna Meade on Dec 6, 2012 in Uncategorized |
Warning: count(): Parameter must be an array or an object that implements Countable in /nfs/c07/h02/mnt/173252/domains/yearningforwonderland.com/html/wp-includes/class-wp-comment-query.php on line 399