I uncovered this little poem in a stack of old writings. It was written my sophomore year of high school, in Chemistry, and I believe the assignment was to create an artistic tribute to an element. Mine was potassium. I decided to write a poem in heightened tone, a blend of Monty Python and Ode on a Grecian Urn. The resultant weirdness is below.

You’re abundant in nature, to my delight
In feldspar, saltepeter, and carnallite.

Your symbol is ‘K’, so tall and noble.
It’s a good thing that you’re insoluble.

Discovered by Sir Humphrey Davy,
Your surface is flat; it is not wavy.

You can be cut with a knife,
Though you cause no pain or strife.

In olden days, you were used in barter.
Today you’re used for cream of tartar.

You clean so well, I say with glee,
You’re also used in photography.

And now my ode has come to an end.
So farewell, Potassium, my mineral friend.

Posted by Anna Meade on May 22, 2011 in Uncategorized |
Warning: count(): Parameter must be an array or an object that implements Countable in /nfs/c07/h02/mnt/173252/domains/yearningforwonderland.com/html/wp-includes/class-wp-comment-query.php on line 399

Save a Stanza – Adopt a Poet Today

I have been enjoying this excellent and comprehensive site quite a bit lately, gorging myself on Dickinson and Burns and Keats and Shelley and Byron and Tennyson and Poe and Plath and Browning and more Dickinson, etc.

It’s easy to browse, for poetry nerds and novices alike. It has biographies and photos and articles and audio of poems.

This is perhaps the time, dear reader, when I should confess my secret.

I will sift through the available word options in my head until I find the word that has the most nuanced meaning, the best sound and texture and color. I will select this word with the utmost care, garb it in all its gleaming perfection of context, and then gently release it to the world like a baby sparrow into the sky…where it promptly face-plants onto the pavement.

“What?” is usually the response, though I also enjoy the frequent “huh?” or blank stare. Words, the basis for human communication, tend to be useless when seldom used. I will continue the fight though, blindly blithe in my optimism that one day I will speak and be understood.

Anyway, back to the purpose of this post which is to champion poet adoption. Perhaps you love Carl Sandburg or Langston Hughes, or maybe “Howl” stirs you or “Ode to a Grecian Urn”. This site is run by a non-profit, the Academy of American Poets; they have developed an ingenious fund-raising idea.

You can select your favorite poet and for a mere $30/year (roughly $0.08 cents a day), your name and city of origin will be listed on that poet’s biography page. Now how to narrow down?

I can only adopt one this year, but doubtless more will call out to me. The poetry books on my shelf glare at me in mute entreaty – how shall I choose?

When my youngest brother Daniel and I were adolescents (think pudgy, perplexed and disaffected), we used to do the Diva Dance. Oh, you remember the Diva Dance, right? It was from the movie The Fifth Element, that cheesy sci-fi starring Bruce Willis and Milla Jovanovich. The best scene in the whole movie is when an alien diva performs an solo that turns into a funky operatic soundtrack, while Milla kicks bad alien butt.

Anyway, Daniel and I used to do the Diva dance which apparently was our way of signifying mutual weirdness. We would flap our arms up and down, a la the alien diva, and sing a little falsetto coloratura. People watching probably thought we were having some artistic epilectic fit.

This post is in honor of Daniel and the Diva Dance. Happy Birthday, Brother. Nothing like a little public humiliation to honor the passing of another year.

Posted by Anna Meade on May 16, 2011 in Uncategorized |
Warning: count(): Parameter must be an array or an object that implements Countable in /nfs/c07/h02/mnt/173252/domains/yearningforwonderland.com/html/wp-includes/class-wp-comment-query.php on line 399

Warning: count(): Parameter must be an array or an object that implements Countable in /nfs/c07/h02/mnt/173252/domains/yearningforwonderland.com/html/wp-includes/class-wp-comment-query.php on line 399
1 comment

My parents had a wonderful old cedar closet in their bedroom. It was so large that you could climb inside it and close the doors. After I read The Lion, the Witch, and the Wardrobe at the age of seven or so, that’s exactly what I did. I had yet to grow so tall that I couldn’t tuck my knees under and stare out through the crack in the doors. Try though I might, I could never seem to find the way to Narnia. I would bump around my way through the dark, intoxicated with the smell of cedar, half suffocated in the folds of rayon and silk and wool, to rap and tap on the back of the closet.

I never found my way through the wardrobe, never met Mr. Tumnus by the lamp post, never chased a talking lion through the woods. And no, I was never Queen of Cair Paravel.

But to this day, occasionally, when I glimpse the wardrobe, which now stands in my own bedroom…I can’t help but wonder if today is the day I’ll return to Narnia.

Posted by Anna Meade on May 14, 2011 in Uncategorized |
Warning: count(): Parameter must be an array or an object that implements Countable in /nfs/c07/h02/mnt/173252/domains/yearningforwonderland.com/html/wp-includes/class-wp-comment-query.php on line 399

This post is the first of a new series, highlighting talented artists whose work I admire.

I call it ‘3 Question View’ because it’s limited to three questions (Who would cross the Bridge of Death must answer me these questions three) and it’s a rather truncated inter-view, designed to elicit three compelling answers from each artistic mind. 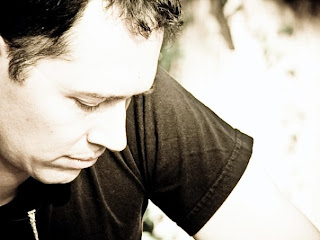 Anna:
This video for Surya Namaskar features a lot of unique, handmade elements, stars on the fingertips and hand-painted backdrops. What was your inspiration for this style?

I was at work and doodling, wondering how to transfer this new song to video. I wanted to incorporate a sky motif, with the rising of the sun. I didn’t have much of a budget and wanted it to be different and clever enough that video might go viral. We had no time to do animation, so we decided to go simplistic. I thought how funny it would be to have stars on the end of fingers, dancing.

Hands are such a basic human part and express so much. It was very fun to do physically; Haley and Tina loved getting their hands painted, hiding behind cardboard, playing the stars to manifest the sky.  The crescent moon rises and the stars tremble and pull away from the moon.

Surya Namaskar is Salute to the Sun or Sun Salutation in yoga. We were taking yoga at the time and our attitude was one of gratitude yet playful, to greet the song with joy and not hammer it into place, to go towards the feel.

Anna:
The imagery of veils and the hidden seems to be a recurring theme in your work. How did it develop in this video?

Paul:
We wanted to capture day and night and the transition; both are entities here. We wanted to express especially the veils of night, veils hiding what you can’t see. I didn’t want Tina or Haley to be people, just one aspect of the sky.

Tina plays the role of Night, giving way, and Haley was the Rising Sun. Both have their veils and represent the yin-yang of the sky; some things are hidden no matter what side you’re on. The veils conceal and reveal.

Anna:
Who and what was the muse behind this song?

Paul:
I had just moved off a big project, Veil and Subdue, which played with night and dreams and hidden aspects. After that, I wanted to do something more upbeat, techno, positive and accessible. I have this ongoing fascination with Middle Eastern music and iconography. I bought a new computer program that opened a new world with sounds we could pull in – wonderful exotic sounds, to capture the flavor I wanted.

Also, during the filming we knew that Tina was pregnant and that definitely influenced our awareness as we were creating it – it was a new day, our new daughter.

This post dedicated to Sofia Ramey, who will no doubt consider her dad the nerdiest, coolest thing ever.

Posted by Anna Meade on May 14, 2011 in Uncategorized |
Warning: count(): Parameter must be an array or an object that implements Countable in /nfs/c07/h02/mnt/173252/domains/yearningforwonderland.com/html/wp-includes/class-wp-comment-query.php on line 399

Warning: count(): Parameter must be an array or an object that implements Countable in /nfs/c07/h02/mnt/173252/domains/yearningforwonderland.com/html/wp-includes/class-wp-comment-query.php on line 399
0 comments
« Older Entries